Is it a good entrepreneurial maneuver to introduce a substitute for a social media platform that is about to be banned from one of its biggest markets? Definitely! However, make sure you’re able to match the high expectations of that highly engaged and loyal audience first.

Instagram Reels launched in August 2020, just about the time when President Donald Trump issued an executive order for TikTok to sell itself under the presumption it threatens national security. With Microsoft and TikTok still at the negotiating table, we are yet to learn what the outcome of this extreme measure of the US government will be and whether Instagram Reels will benefit from it.

As a pretender to be a modern video feature on Instagram, Reels is actually attempting to set roots in the rather attractive niche of social video sharing. With the major player on the market (TikTok) pulling back from India, US and potentially Japan still at the consideration phase, the future seems quite promising for the new Facebook product.

Instagram Reels is a timely initiative to answer the high demand for quick video creation, sharing, and browsing on Social Media. Is it up to par, though? Many argue against its worth. They deem it confusing, awkward, slow, less functional and a poor copycat attempt.

Is this so, however? Let’s dive a bit deeper to find out.

TikTok is the worldwide choice for the today’s short video creation and sharing platform. Being banned from India and probably US, where it harbors 100 million users, it has its shaky grounds, but TikTok is still perceived as the leader in its niche.

Founded in September 2016, it’s had a fair amount of time to gather massive users and to elaborate on its service quality and additional perks. By May 2020, TikTok has been downloaded approximately 2 Billion times, while just for the Q1’20 alone the viral app has 315M downloads worldwide.

Keeping an audience of more than half billion active users, with 40% of those outside China is an achievement that definitely attracts attention not only of the standard user, but of governments and political organizations as well.

A Feature Of A Popular Social Media Platform

Instagram Reels is introduced as a feature to the already well-established social media brand, so, unlike TikTok (a stand-alone app), it hasn’t started from scratch. At launch, the app enjoys an immediate reach over all existing Instagram users.

Emerging In Time Of Crisis

IG Reels’ timing is also a huge advantage. With the political distress around TikTok many of its US users are looking for an alternative in case their choice-one video app gets banned from the country.

In April 2019, the Indian government banned the video app claiming it was spreading pornography.  And even though this court ruling was overturned in 2020, India banned TikTok for good due to complaints about “stealing and surreptitiously transmitting users’ data”.

The pornography-related accusations were also the basis for a TikTok ban in Indonesia. However it resulted in only a temporary sanction just like it did in India. TikTok introduced additional restrictions for users aged 14 -18 years and the ban was lifted.

That may not be the case with the US, however. And while it remains to be seen what the final verdict of the US courts will be, there are other countries considering whether or not to act upon TikTok’s serious data gathering archive.

Both UK’s Information Commissioner’s Office and Australian intelligence agencies are investigating the app, but haven’t released an official statement on their findings as of yet.

So, why does TikTok get the upper hand with users when compared to Instagram Reels?

Basically it all comes down to the AI reaction the TikTok app simulates while interacting with its users.

Interestingly enough the AI used to boost TikTok virality has been first designed for a news app back in 2012. Bytedance (the current TikTok owner) created Toutiao – one of the China’s largest platforms of content creation, aggregation and distribution underpinned by machine learning techniques. The algorithm used to create personalized feed of content to its users was later adapted to the TikTok platform.

According to the senior architect Dr. Cao Huanhuan, the original Toutiao algorithm is it bases its prediction technology on 3 main dimensions:

The algorithmically personalized recommendation feed for each TikTok user acts as an addiction trigger. The high relevancy of the videos offered is based on a number of factors, including but not limited to: personal video watching and interaction history, video’s specific stats like number of rewatches, comments, likes, reshares, click-through rates, etc.

The truth is that TikTok deploys its sophisticated algorithms to ramp up the social media experience.

And the personalization is not limited to offering a custom feed to each user, but it also involves listing the best music background alternatives during the video publishing process.

The seamless video ‘patching’ process when using several videos to create a single 60-minute TikTok clip is one of the top things TikTok users like about the app. TikTok allows quick video creation and automatic video trimming by selecting the video highlights that best fits the selected musical background.

The 60-minute video limit that TikTok offers as compared to the 15-minute one held by IG Reels is a considerable improvement. Longer video formats allow expressing an idea in more detailed manner. Thus the better ‘directed’ videos would account for high engagement and longer minutes spent on the platform.

The Video App For The Younger Audience

TikTok has been the preferred app by Millennials and Gen Z’s. Just as Facebook initially captured college students, TikTok seems to have become its modern successor.  And with Facebook turning into “your mom’s” app, TikTok is winning the race among the younger audience.

As a result of the diligent political pursuit of TikTok’s possible illegal practices, TikTok’s new chief executive Kevin Mayer promises to give free access to the app’s source code to experts. This is an action hardly popular with huge IT companies, especially with those that nurture in-house AI technologies.

Instagram Reels is Facebook’s second attempt to compete with the TikTok giant. In November 2018, it tried to steal a market share in the short-video industry with its app called Lasso. Unfortunately with only 600,000 total app downloads, the project was deemed a failure and was closed on July 10, earlier this year.

The IG Reels launched immediately after that, fresh and ready to overhaul the 2-year Lasso flop. And while the new apps have always been enticing, the bad news spread quickly, and so do the negative feedback on IG Reels.

Being just a feature within an existing app, IG Reels does not have its own feed. Thus the 15-second videos are posted in the Explore tab, which represents an array of images, sponsored posts, and longer videos. The specific ‘Reels’ content is lost in the crowded feed and doesn’t have the potential to be noticed properly.

A real challenge is born as a result of this architectural disadvantage. The rest of the reels are hard to find and browsed through.

Many users share they find it difficult to navigate to the Reels feature within Instagram. Confusing and frustrating are often characteristics they use to describe the experience of locating the feature and actually finding other 3rd party Reels to skim over.

The video editing process takes a lot of time given that really small portion of it is automated. For instance the syncing between audio and video rhythm is not optimal, neither is the automatic selection of video highlights.

The lack of music recommendations and the extensive manual involvement in the editing process leads to long minutes of video creation, which could be perceived as high turn-off point by a number of TikTok fans.

IG Reels cannot be shared with friends only unless your Instagram profile is specifically set to sharing with such audience. Respectably if your IG profile is set to public – your Reels will be published for all users to see.

If you wish to go around this issue and choose to privately share your Reels with friends, those videos, just like the Story feature will disappear after 24 hours.

A curious enough fact in the IG Reels drawbacks graph is that Google notes regular monthly searched on key phrases like:

Being social media apps both Reels and TikTok face the modern challenges of serving a great online community. What both apps are to be extremely vigilant about are:

All in all TikTok or Instagram Reels – it comes down to a personal or a subjective point of view, don’t you think? It’s up to you to test and choose what best fits your needs in terms of features and community belonging. We would be glad to hear your take on the battle of this Clash of Titans. 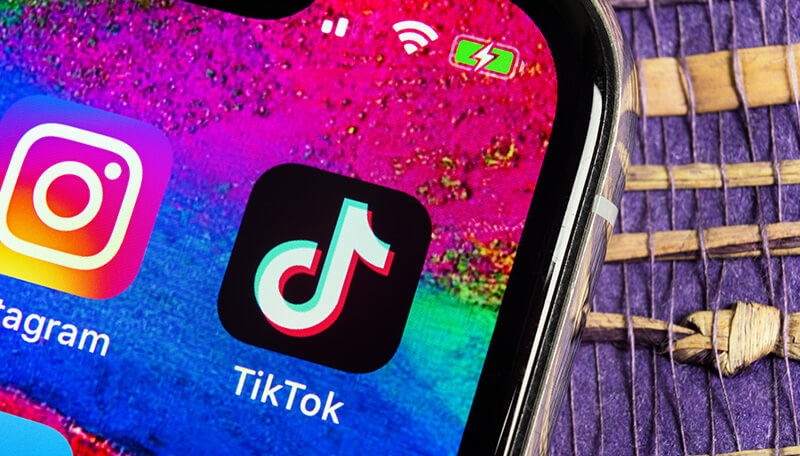 TickTok Ban: Will the US draw the line on user privacy and data harvesting?

Update December 28, 2021: Trump’s Appeal Trump’s administration appeals judge Nicolas’ decision from 25 November and insist on implementing the restrictions on the Chinese app. TikTok has not finalized a...