TickTok Ban: Will the US draw the line on user privacy and data harvesting?

Home / Trends / TickTok Ban: Will the US draw the line on user privacy and data harvesting?

Trump’s administration appeals judge Nicolas’ decision from 25 November and insist on implementing the restrictions on the Chinese app. TikTok has not finalized a deal with Oracle and Walmart as of yet. However, it is believed that the government won’t have a ready resolution on the issue before Trump leaves the office. Nevertheless, there is still a slight chance that Bytedance can sign a deal and sell its TikTok’s US assets by the end of January.

Update November 25, 2020: A Second Ruling against the TikTok Ban

A second federal judge ruled against Trump’s executive order from August earlier this year. The judge comments on president’s ban by stating the following: “he likely exceeded IEEPA’s [the International Emergency Economic Powers Act] express limitations as part of an agency action that was arbitrary and capricious.”

A federal judge temporary halts Trump’s executive order to ban TikTok. The Chinese company is given a deadline extension, now that it is openly negotiating to found a US-based company alongside Walmart and Oracle, called TikTok Global.

Today President Trump signed an executive order, which after a 45-day period will be followed up by an effective  ban on TikTok. Quoting national security as his prime concern, Trump recognizes the need to  “combat China’s malicious collection of American citizens’ personal data” in the face of the Chinese company ByteDance and their TikTok app.

The TikTok owners are pressured to sign a deal with an American-based company and sell their US assets in less than two-months time, if their app is to remain live on the US  market.

Their take on Trump’s executive order was in no sense ambiguous, saying that it “sets a dangerous precedent for the concept of free expression and open markets.” They deny having  ever submitted personal data to  the Chinese government and insist on actually storing the majority of data on their US users in Virginia-based servers.

On a side note, Trump’s executive order is followed by the same-day announcement of Facebook’s new product: Instagram Reels, which curiously enough is designed as  a poor TikoTok’s alternative.

In a statement this Friday, Amazon.com instructed employees to delete the app by the end of the day. “Due to security risks, the TikTok app is no longer permitted on mobile devices that access Amazon email,” the initial message said. “If you have TikTok on your device, you must remove it by 10-Jul to retain mobile access to Amazon email.”

When Will TokTok End

This week, the evolving political tensions with China have shed a global spotlight on potentially deceptive practices of their government policies and led many administrations around the world to consider banning China-owned apps, specifically the behemoth social media app TikTok, to protect the data of their citizens.

TikTok Gets Banned In India

Last week, India announced the official ban of the controversial ByteDance Chinese-owned TikTok app, (formerly known as Musical.ly), along with a list of dozens of other Chinese apps due to national security concerns.

This week, Mike Pompeo, US Secretary of State echoed the same message on Fox News with a statement that he, along with the Trump administration, is also evaluating whether banning TikTok and other Chinese apps is deemed necessary due to on-going possible violations of data-privacy issues.

The meteoric growth of TikTok within the pre-teen and teen demographic has attracted billions in advertising and influencer marketing campaigns from brands coveting the attention of its massive yet elusive young userbase.

Currently, acccording to AppTrace, TikTok has jumped from 269th to 4th in global app download rank in February 2019. It has remained in the top-20 since (as of February 2020), and currently sits in fourth position. 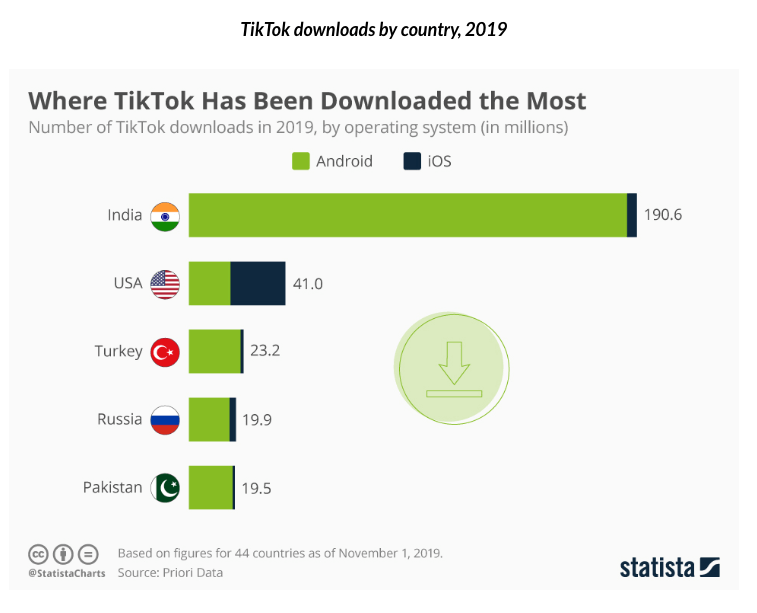 In total, TikTok has achieved explosive growth with over 2 billion total downloads milestone, just five months after it surpassed 1.5 billion downloads. This is a record-breaking milestone for any social media app. 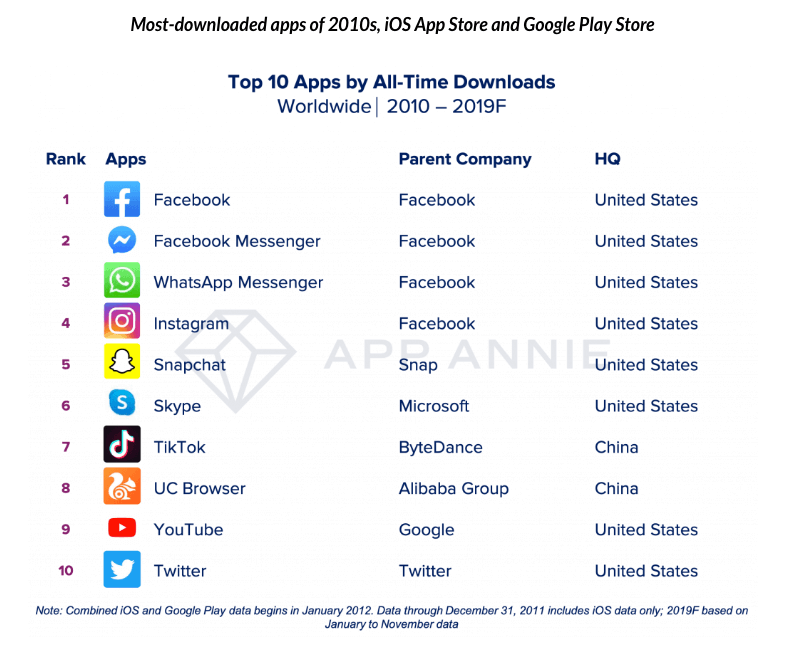 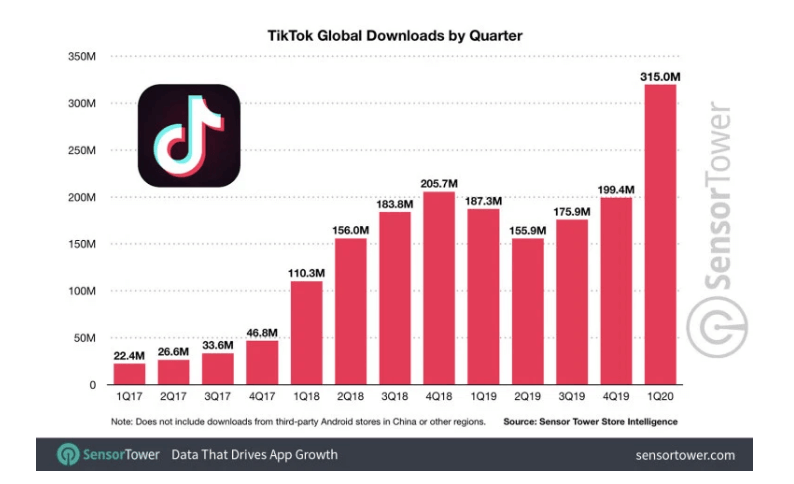 Unfortunately, TikTok has been the subject of on-going inquiries by the U.S. Federal Trade Commission and Justice Department over its data practices. In May of 2020, several privacy groups alleged the controversial app was collecting information about children under 13 without parental permission, in violation of both U.S. privacy law and an earlier FTC settlement.

In 2019, TikTok paid a $5.7USD million penalty, the largest ever settlement for a children’s privacy issue related to collecting personal information from pre-teens in violation of the federal COPPA (Children’s Online Privacy Protection Act).

Since then, the company revamped its app with a restricted mode for underage users.

Historically, TikTok has not been able to avoid controversy. In November 2017, its parent company, ByteDance acquired the popular (also China-based) would-be rival Musical.ly app for a reported $1 billion. TikTok was merged with Musical.ly in August 2018, with app users’ accounts migrated to their TikTok accounts. This was a strategic but controversial move for the Chinese app to enter the US market – with Musical.ly already boasting a considerable young teen American audience.

Some sides of the debate are pointing out the issue of American apps not being allowed in China.

Is The TikTok Ban an Act of U.S. App Lobby for Chinese Market?

Some things to consider, as of July 8, 2020, below is a short and incomplete list of apps are currently not available in China:

The Future of the TikTok Empire

So what does this mean for agencies whose clients are actively marketing on TikTok? And what will be the consequences for influencers who have built the majority of their fan bases on TikTok if the US Administration does move forward with this ban?

This is a prime example of the importance of omni-channel marketing campaigns and why diversifying social media campaigns in essential when building a fanbase or investing into a social influencer’s audience.

Listen to our interview with Brett Garfinkel, who is the CEO and founder of Sylo – an influencer marketing intelligence platform, and get the scoop on how agencies, social influencers and brands can avoid the pending TikTok controversy without data or audience loss.

Cybersecurity Implications for 2020 During COVID-19

We exist in an age where technology advances faster than we can keep up with it. Despite our good intentions, technology and intelligence will inevitably fall into the wrong hands....