You have a striving business. You have invested time, money and effort into building your offline reputation. Chances are you’re not overlooking your online presence, and you’re investing in a long-term digital marketing strategy.

Our founder and managing partner, Terry Tateossian, gives her take on the subject.

(This article was initially published at Forbes.)

But how many of us can be certain of the “Rank High on Google” rules? Let’s go over some ways we can research and potentially come up with good strategies.

Online marketers and business owners are good at guessing and drawing conclusions on what a ranking signal for Google might be, but the truth is: We don’t know for sure what really moves the needle, to what extent and for how long.

To say informed and up-to-date, you can follow up on the latest interviews of the top webmaster trends analysts at Google, like Martin Splitt’s SEO Mythbusting series, John Mueller’s Google Webmaster Central Hangouts, Gary Illyes’s tweets or any other respectful search engine optimization (SEO) blog, news site, industry conference and event, research paper or even Google patent documentation. But as much feedback as Google is promoting themselves to offer to webmasters and SEOs, they do not really give out their secret sauce. That is, the straightforward mechanism for becoming the number-one search result in Google for your top industry search term remains a mystery.

We are not completely in the dark, though. Google’s algorithm is said to assess website quality in terms of topical relevance, trust, usability and a number of additional signals, including the following.

According to John Mueller, “Links are really important for use to find content initially. So it’s like if nobody links to your website ever then we’re going to have a hard time recognizing that it even exists.”

Links are considered among the most powerful signals in the “ranking game”; however, they are a risky territory you should carefully explore.

As beneficial as they might be to your online marketing campaign, bad links could also bring you Google penalties and wipe your website from Google Index for good.

As Google officially shared an FAQ page on core web vitals, we can be pretty thorough when working on that front. The optimal user experience should’ve always been an important issue to consider, but now that Google “says so,” webmasters have no choice but to add it as a key step in their optimization list.

“Keep in mind that the intent of the search query is still a very strong signal,” according to Google, “so a page with a subpar page experience may still rank highly if it has great, relevant content.”

You might be fed up with the cliché that’s been circulating around within the past years, “Content is king,” so let’s not overglorify content and its ranking contribution. Just don’t forget to go over the latest Google requirements in regard to its quality. Read about those in their core algorithm updates document.

It will help you catch up with their E-A-T system (emphasizing expertise, authoritativeness and trustworthiness) and to assess quality content that has become The Thing within the past few years.

Do you mean apart from the crawlability, indexation and on- and off-page factors that total to more than 200 ranking signals that on one or another occasion the webmaster community is constantly testing, comparing and monitoring in order to understand how Google really tends to rank sites?

There are a lot of signals to consider, but don’t let that overwhelm you, because:

It’s about their proper prioritization. Knowing the weight of each one of them is what really counts. Only then will you know where to start from, and, gradually, you’ll make your way down the list.

The truth is that every optimization strategy for Google Search varies from vertical to vertical, from location to location — you should benchmark your business against your top competitors. See what works for them and what is the competitive edge of their digital marketing strategy.

• Do they invest in extensive FAQ sections?

• Do they post a new industry article of 1,500-plus words five times a week?

• Do they have huge social media followings that bring them a lot of site traffic?

• Do they often sponsor local events that get covered in local news blogs?

Whatever their winning tactic may be, trace it down, then make it work for you by doubling down on the efforts and time invested in the campaign.

Google ranking factors are a vague outline of what you have to keep in mind. Every project requires a unique recipe of its own — the ingredients might be fixed, but their prioritization and weight should vary from one to another.

Think of the chemical content of graphite and diamonds. It is identical — they are both made of carbon. However, it is the specific structure of the carbon in each that makes them quite different. And while graphite is soft and could easily break, diamond is the strongest known natural substance.

Now, what your site’s going to be — a rock-solid diamond or ephemeral, fading graphite — is all up to you. 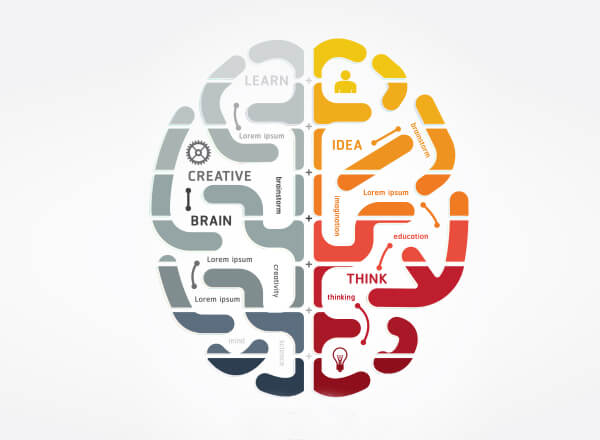 10 Reasons to Include Infographics in Your Content Creation Strategy

The value of information is unquestionable when it is clearly presented and free of bias and distortions. But even when it is understandable and free of contradictions, a wealth of...