Last month was Socialfix Media’s first annual field day. The team enjoyed a day filled with fun, food, and competition. Everyone was split into two groups (the White Team and Black Team) to compete in several events in the hopes of walking away victorious. The competition was fierce, but both sides came away as winners when the day was through.

That’s not to say that both sides won the competition, the victory was claimed by the Black Team in an epic comeback led by Socialfix founder Terry Tateossian. No, both sides came away as winners because despite the competitive spirit on the battlefield, there was plenty of laughs in between. Both teams were able to interact, learn more about one another, and enjoy each other’s company outside the workplace.

Team building is important for both large and small companies. It can help to increase productivity and decrease stress among employees. Nothing boosts morale like trying to escape a human knot or  tossings eggs at each other from several feet away. Each event took a solid sense of trust between employees to take the edge over the competition.

After the six events were complete (including Snake, Balloon Race, Egg Toss, Human Knot, Perfect Square, and ending with Steal the Bacon), the teams were tied, leading to a second round of Steal the Bacon that ultimately resulted in the Black Team’s victory. The events all focused on teamwork, requiring the teams to work and move as one in order to complete the given task.

The field day still encouraged people to emerge as leaders, communicate better, and get to know each other better in a relaxed environment. By the end of the day, the team was tired but left the park with wide smiles and a renewed vigor to return to the office the following day. 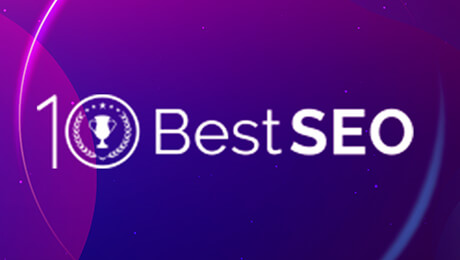 Thank you 10 Best SEO for putting us at #5 on their 2018 list of overall best SEO agencies! For any business trying to make it in today’s web-obsessed world, SEO (Search...