Taking the leadership role comes with a lot of responsibilities, the key one among those being the skill to effectively communicate with your team, clients and partners. Going through difficult conversations often becomes a routine. Thus many of us have adopted a special technique when getting in the middle of such tough situations.

Below follow eight tips on how to navigate difficult conversations as a leader, our founder and managing partner, Terry Tateossian, gives her take on the subject as well. You could read her  opinion under number 1. Approach The Conversation Directly And Truthfully

(The Expert Panel was initially published at Forbes.)

As an executive, difficult conversations often come up in the workplace. It may be something as sensitive as expressing a concern to an employee or explaining why the company’s letting someone go.

Part of being in a position of leadership is learning how to navigate those conversations. These difficult conversations are part of the territory, and even though it may be challenging to deal with them, they must be dealt with head-on.

So how can a professional best deal with these kinds of situations? We asked eight executives from Young Entrepreneur Council about their most successful strategies when dealing with difficult conversations in their daily work life. Here’s what they suggested.

1. Approach The Conversation Directly And Truthfully

I’ve found that approaching difficult conversations truthfully and directly, but also with empathy and compassion, has been the best approach. In general, taking responsibility for anything directly eliminates any backlash or intense feelings by letting the other person know you understand your part in the problem and have considered every possible outcome. Most people just want to be heard and recognized. – Terry Tateossian, Socialfix Media

Take the time to demonstrate care and your connection first and foremost. When we’re receiving bad news, we tend to block out positive things, including our relationship with the person delivering it. So I start here and I then try to be as direct and succinct as possible on what the bad news is and what the implications are for the person. – Danielle Allen, Building Impact

3. Address The Problem As Soon As Possible

I’ve always hated confrontation, even the anticipation of a tough conversation. That said, it’s part of being the boss. You have to have the tough conversations for your individual team members and company to grow. Address the issue as soon as possible so everyone has time to adjust and improve. If you don’t see positive changes after that, you can address it knowing you took proactive steps. – Jennifer Buonantony, Press Pass LA and PPLA Social + PR

I often say that you know you’re growing as a leader when you’re comfortable with your day being a series of uncomfortable conversations. Navigating difficult conversations can be hard, but I’ve found keeping my cool to be a really strong tactic. It’s easy to get screechy or emotional when something hard comes up. I’ve developed three strategies to avoid this: 1) Be prepared. As much as you can, know your facts. Especially when it comes to sensitive financial matters like overdue invoices; 2) Keep your voice low. Channel your inner Margaret Thatcher and speak low and slow. It can create a sense of calm even if there isn’t one; 3) Stick to three points. People can remember three things, so figure out your three things and stick to them. – Kara Brown, LeadCoverage

5. Don’t Single Anyone Out And Be Empathetic

Two strategies have worked well for me over time. The first is to present the information to the group as a whole without singling anyone out. This allows individuals a chance to self-reflect without feeling put on the spot. The second is to be empathetic. Mention times you’ve been in a similar situation and show the other person you’re on their side. – Rachel Lipson, Blue Balloon Songwriting for Small People

6. Rehearse What You Have To Say

I rehearse whatever I say. I list and break down the things I have to discuss to avoid distraction and saying hurtful things that may cause further issues or conflict. There’s always the probability of adding fuel to fire. Be the guest to the drama’s performance. – Daisy Jing, Banish

7. Adopt The ‘Glass Is Half Full’ Strategy

All situations have a silver lining and it’s about how you view the situation or deliver it to others. For example, we were bidding on a very large project with a prospective client and didn’t end up getting the business. Yes, we missed on that revenue, but we also learned why the client didn’t move forward and we created a relationship with that client. – Jean Ginzburg, JeanGinzburg.com

8. Have The Right Attitude

If you have to have a difficult conversation, it’s crucial to have the right attitude. If you go into it angry or upset, then it’ll take a turn for the worse. You need to prepare yourself and the other person for difficult news by having a positive attitude and practicing patience. They may not like what you have to say, but it’s important to remain calm and firm. – Stephanie Wells, Formidable Forms 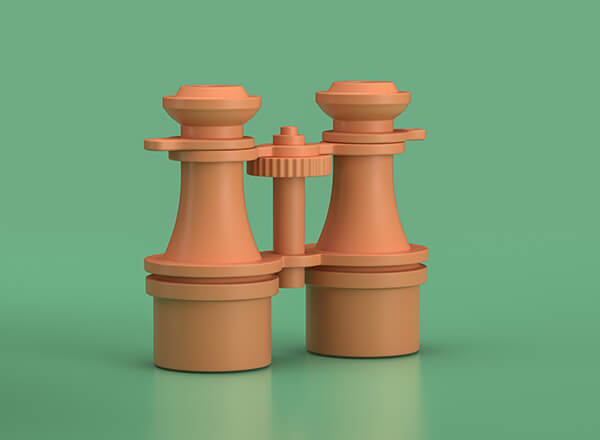 10 Persistent Myths About Brand Names That Need To Be Busted

The Expert Panel was initially published at Forbes. Our founder and managing partner, Terry Tateossian, gives her take on the subject as well. You could read her  opinion under number...