Unlike Vegas, sometimes what happens in a business doesn’t stay in the business. When internal issues make their way into the public sphere, what may have appeared to be a fairly insignificant situation or conflict can snowball into a serious public relations crisis.

If major problems that have been brewing just under the surface become public knowledge before company leaders can take steps to address them, mitigating the risk a PR crisis poses to their brand’s reputation becomes more challenging. While such circumstances are unpredictable, taking control of the narrative can help protect a business against the volatile nature of rumors and gossip, founded or unfounded.

Our founder and managing partner, Terry Tateossian, gives her take on the subject as well. You could read her opinion under number 6. Utilize Non-Disclosure Agreements

How can company leaders ensure that a PR crisis won’t deal a blow to their organizations that they won’t be able to easily recover from? To help, Forbes Agency Council members shared 13 tactics they recommend companies use to counter negative publicity following an internal issue.

Perspective is critical when an internal problem becomes public. An organization that has consistently shared its authentic story will fare better than one that’s never heard from until an internal problem emerges publicly. In today’s information-soaked, internet-driven world, every audience craves meaning. What are they to make of what happened? Providing perspective and context creates meaning. – Paul Furiga, WordWrite

The best defense is a strong offense. Make sure your company website already has a high-ranking page for things such as your company name and reviews. Be sure your executives have well-written profiles on your site and that they link to them prolifically within their networks and the company’s network. Doing work now will make solving issues later considerably easier. – Brent Payne, Loud Interactive, LLC

It’s crucial to create and share a communications policy outlining the company’s protocols surrounding internal and external communications. All employees should be made aware in advance that they are not allowed to share company information or developments on social media or with members of the press under any circumstance. The policy should also clearly state repercussions for doing so. – April White, Trust Relations

4. Quickly Spread Your Message On All Relevant Channels

Sensitive data must never be leaked to the outside. In terms of good crisis communication, transparency and honesty are particularly important to avoid further internal or external damage. However, my recommendation is to react quickly on all relevant channels. Whether through communication on social media or with stakeholders, the goal is to spread your message. – Elias Vides, Moonbase – Germany’s hottest Social-First agency

Research shows that the most damaging crisis a company can face is an internal issue allowed to fester. Organizations must regularly evaluate risks from within and work to mitigate them. Tackle the hard stuff, address poor performance, correct policies, fix your culture and acknowledge mistakes honestly so that the skeletons don’t come back to haunt you. – Jim Heininger, Dixon|James – Rebranding Experts

A good lawyer is best hired before the problems begin. I’ve learned that utilizing an employment agreement with an NDA at the very beginning of the employment relationship is the best way to ward off issues. In addition, reviewing NDA policies often doesn’t hurt either. Proactive action is the best action. – Terry Tateossian, Socialfix Media

7. Make Sure Your Team Knows The Facts

When you are talking to your team after something goes public, it’s important to be honest and address the facts. You don’t have to address all the stories. You can’t control all the stories, but you can discuss the facts of the situation. – Michael McFadden, eAccountable

8. Acknowledge The Issue And Commit To Discussing The Problem

When a crisis arises, there will be people who support you and people who are against you. Both can gain momentum and appear to be the stronger voice. I think the important thing to communicate is that you acknowledge the issue and that you are committed to being a part of the discussion regarding the problem. – Brian Meert, AdvertiseMint

9. Identify A Capable And Confident Spokesperson

Always have a spokesperson prepared in the case of crisis. The best spokespeople are familiar with dealing with news media and are confident public speakers. If you haven’t already identified a spokesperson for your business, consult with a PR firm to prepare your company for a possible crisis before it happens. – Adrian Falk, Believe Advertising & PR

10. Address The Crisis Publicly To Show Your Brand Is Trustworthy

Do not ignore it! Pretending the problem isn’t there is just going to make it worse, much like a cavity in your tooth. Even if you’re confident that you didn’t do anything “wrong,” the public may think you’re trying to hide something. Get out in front of the problem as quickly as possible. Show the world that your brand can be trusted even during times of uncertainty. – Bernard May, National Positions

As you’re getting in front of the negative press on the story and reaffirming your brand identity to customers and the public, it’s critical to consider your internal stakeholders as well. Include employees and board members as audiences in your crisis communications plan and coordinate tactics to win back their trust, loyalty and affirmation as well. – Mary Ann O’Brien, OBI Creative

12. Take Enough Time To Decide On A Clear Plan Of Action

Acknowledge the issue and don’t be pressured to immediately decide on your plan of action. In a crisis, it’s perfectly fine to clearly state the crisis, communicate that you are investigating it and commit to a time that your organization will respond by. Jumping to conclusions or back-pedaling in a crisis can do far more damage than actually resolving the issue. – Douglas Karr, Highbridge

13. Set A Code Of Conduct For Your People

One of the most important things is to set a very clear mission and a code of conduct for your people. When something appears to be outside this code, it is important to ensure that you are ready to deal with these items. Having a clear code of conduct is a great way to ensure there is no gray area when someone is behaving outside of it later. – Jon James, Ignited Results 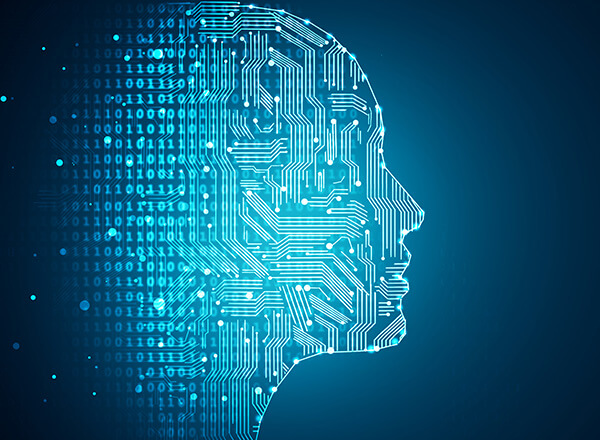 11 Of The Smartest Ways To Leverage Machine Learning Ad Tools

Whether you wish to save time, to efficiently cover for repetitive tasks, or to quickly navigate through immense amount of data, machine learning is a technology worth incorporating in your...