It’s no secret that the Socialfix team thinks that their founder, Terry Tateossian, is an inspiring and insightful leader, but Terry’s leadership qualities are also recognized outside of the workplace.

On Nov. 7, SmartCEO will host the Brava Awards, during which Terry will be honored as one of New Jersey’s top women business leaders.

The Brava Awards are an annual celebration of high-impact female business leaders in New York and New Jersey. The winners must exhibit certain characteristics to be considered for the award, not only do Brava Award recipients need to demonstrate  leadership qualities within their companies but also in their local communities.

Terry has a unique approach to running the Socialfix offices. From team building retreats to in-office activities, she understands that a happy employee is a productive employee, and that a productive employee is the most valuable asset to a business owner. You also won’t hear the word “employee” uttered from her mouth, they’re team members, rockstars, warriors, and as part of the team, she’s often right down in the trenches with everyone else, ensuring that every aspect of every project is successful. Terry doesn’t miss a beat, and her attention to detail and unique, innovative perspective keeps the team on the forefront of the digital marketing realm.

As a successful business owner, you may think that she couldn’t have time for anything else, but Terry is dedicated, and manages to give back to her community by being on the advisory board of several women’s advocacy groups and by doing pro-bono work for various philanthropic endeavors.

The Socialfix team is proud that their extraordinary team leader is being recognized for the qualities that they’ve seen in her since meeting and would like to extend their congratulations to all the other women who are being honored alongside Terry at the 2017 Brava Awards. 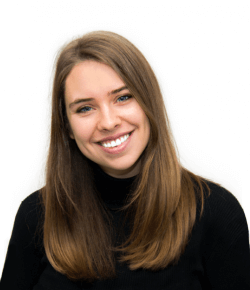